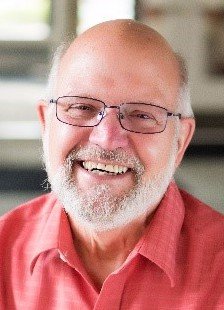 Pastor Paul Daniel “Dan” Crosley, 67 of Noblesville, IN passed away on July 17, 2017. Dan, the son of Paul & Laura Crosley was born on December 5, 1949 in Dayton Ohio. He resided there until he felt the Lord’s calling to attend Lincoln Christian College where he earned his Bachelor’s degree in Theology.  He later earned his Master’s degree in Counseling at Indiana University.

Dan married the love of his life, Kathy (Easley) Crosley, and they were blessed with 46 wonderful years together.  Dan & Kathy have two children, Nathan and Alisa; and four grandchildren, Blake, Heidi, Andrew & Hannah.  He is also survived by his mother, Laura (Green) Crosley; brothers, Mike, Doug & David Crosley; sister, Connie (Crosley) Flagg; and many nieces & nephews.

Dan began his life’s passion for ministry and missions by serving as a missionary in Spain with his wife for six years.  He continued his passion for ministry outreach and missions at Harris Prairie Church of Christ in Grainger, IN and then finished his career at White River Christian Church in Noblesville, where he retired in March.  Throughout his life, Dan brought thousands of people throughout the world to know Jesus Christ through his mission work, Christian counseling, and Hispanic ministry.  He established or aided in establishing churches, clinics, clean drinking water systems and schools all around the world in countries such as Panama, Mexico, Dominican Republic, Haiti, Republic of Georgia, Kenya, Tanzania, Philippines, Thailand, Guatemala, Tajikistan, Turkey, and many others.  During his tenure, Dan visited more than 40 different countries.  While working as a mission’s pastor, he worked to establish his favorite mission, David’s Well.  David’s Well is a mission that establishes churches throughout Latin America while demonstrating the love of God through providing food, medical attention, school supplies, aqueducts, and building projects along with sharing the Word of God.  This mission has established over 250 churches throughout Latin America.

If anyone would like to make a gift in memory of Dan, the family asks that you honor his great work by supporting David’s Well at  www.davidwell.org    This foundation will be building a small school and houses in honor of Dan in the Community Canal Cricamola District in Panama that will change people’s lives in that area.

Brother Dan, Panama and Costa Rica will cry for you, and will miss you; not only because you were so special with us, but also because you gave us part of your life, you helped us to plant new churches and gain souls for Christ.

We thank God for sending you in our way, for sharing victorious moments in the ministry of the Lord.

You will always be our friend and brother in Jesus Christ!

Then I heard a voice from heaven say, “Write this: Blessed are the dead who die in the Lord from now on.”

“Yes,” says the Spirit, “they will rest from their labor, for their deeds will follow them.”